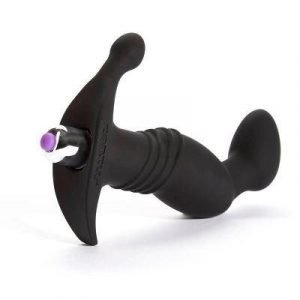 Tantus time again! It’s almost like I have some sort of addiction but I can stop whenever I like…I promise. Addictions aside it’s time to review the Tantus Prostate Play! Which is a funky looking little chunk of silicone with a bullet vibe that’s meant to perch against your prostate and vibrate away.

The Prostate Play comes in a remarkably large plastic clam shell style plastic package, while large enough to easily display all the relevant information I just can’t get over how large the package is for the relatively small nature of the toy because It really does seem like a waste of materials. Size aside the packaging should keep your toy safe till it’s arrival even if your postal service workers are the most brutal of savages.

First off I just wanna say one thing, whatever Tantus did with the silicone on this toy I want it applied to everything, my house, pets, people, everything! If waiting rooms had this stuff on the walls people would never be bored and everyone would rub the walls like some sort of disturbed Willy Wonka scene. I love everything about the silicone used on this toy, It’s still Tantus’s wonderful 100% Ultra-Premium Silicone but it’s got a satin finish that is so gloriously smooth and velvety that you just can’t help but touch it constantly.

The Prostate Play stands 12.5cm tall (14cm with the bullet vibe inserted) measures 2.8cm in diameter at its widest point and looks sort of alien in design. Curvy and extremely angular are a seldom mixed together but that’s exactly what went into the design of the Prostate Play, the main body of the toy is made up of two smooth and rounded lobes connected together and offset at a rather awkward looking angle, towards the base the curves and angles straighten out into a round shaft, Also prominently visible are the 4 raised rings towards the base of the toy which are on a slight upwards facing angle (More on that later). Tantus once again realizes that people have butt cheeks and have designed a thin and rounded base to rest between your cheeks rather than dig into them, and on the front side of the base is a rounded perineum massager.

Tantus have included their 3 speed vibrating bullet with the Prostate Play, It’s around 8cm long so it’s a good 1/3rd bigger than Tantus’s regular single speed bullet vibe. At the very bottom of the toy is the receptacle for the bullet vibe which with Tantus’s usual attention to detail has ridges all along the inside to insure the vibe doesn’t make a perfect seal an assures easy insertion and removal without the use of lube, Very nicely done Tantus.

Tantus Prostate Play In Use

Once at its final resting place it was almost like all the stars aligned, this is a prostate toy that doesn’t get in the way or poke where it shouldn’t everything just fell into place exactly like it should. With it fully inserted the top bulb rested gently against my prostate and provided light constant pressure, If I flexed my kegel’s I could draw the toy in further and make it push much harder on my prostate, same way you would use a manual prostate massager. But I just couldn’t get over how comfortable it was to wear. It was well mannered and polite for the entire time it was inserted due to the simply amazing base Tantus designed.

Vibrations from the included vibrator transfer reasonably well into the body and tip of the Prostate Play but sadly the vibrations overall are fairly weak and uninteresting which translated into them not doing a whole lot for my prostate, Because of the removable nature of the vibe when it’s inserted into the toy it focuses most of the vibrations into the main shaft rather than the tip of the toy where you really want them. The vibrations definitely heightened my enjoyment of the toy and the higher speed on the vibe combined with flexing was the best use of the toy that I could find but no matter how much flexing or vibrations the vibe put out it never came anywhere close to giving me a prostate orgasm. The perineum massager fell short for me, While it didn’t really add anything to the experience it wasn’t uncomfortable or in the way at all, it’s a feature that I wouldn’t miss if it were gone but it may be of benefit to some – It also makes a decent handle for removal.

The Prostate Play is a relatively small toy but due to the shape of it I thought my first time inserting it was going to be like figuring out a wood puzzle but much to my surprise the tapered tip and fairly flexible neck made it very easy to insert (With a generous helping of water based lube of course). During the first insertion I was originally hesitant about the 4 ribs near the base as I’ve had experiences with other toys that had similar ribs and found them to be really uncomfortable but I was happy to be proven wrong in this time round, I think the fact they’re angled is what makes them so much more comfortable than my previous encounters, They also serve to help keep the toy inserted and not slide back out.

The Prostate Play really is a mixed bag for me because there are aspects I love like the wonderfully designed base and the quality and feel of the silicone but others I’m not so fond of like the weak vibrations and the mostly useless perineum massager but despite everything I really do like the Prostate Play! While it couldn’t bring me to a prostate orgasm it all by itself it turned a normal orgasms into powerful ones and the feeling of it vibrating and rubbing against my prostate during penetrative sex was wonderful. Despite the positive experiences I can’t help but think that the Prostate Play would really come alive with some stronger vibrations but as it stands it’s a great piece of silicone that most people would be happy to have in their collection. If you’re interested in picking up the Prostate Play you can purchase it directly from Tantus! 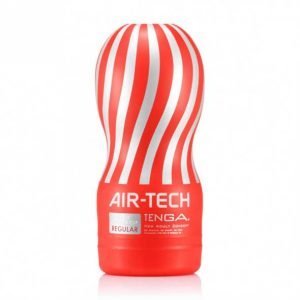 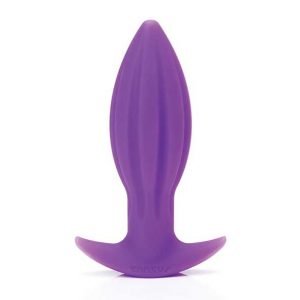 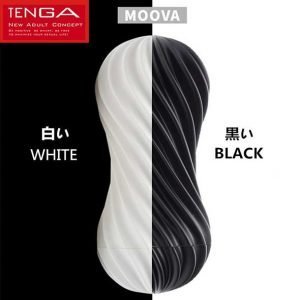 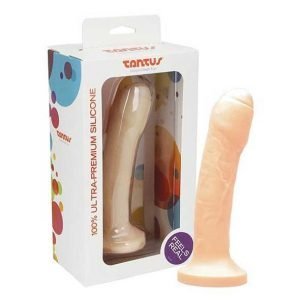 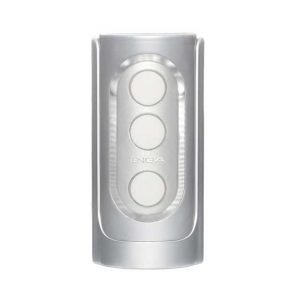 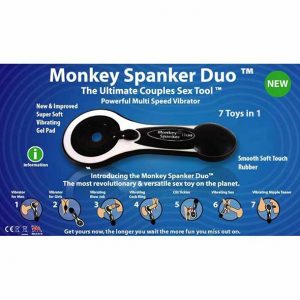