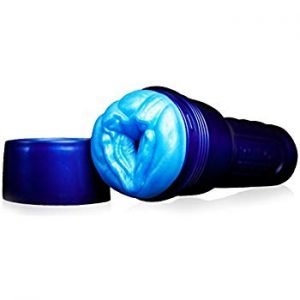 I really enjoy trying out of the ordinary oral sex machines and the Fleshlight Alien certainly comes under that category. Luckily I had the opportunity to test and review the Alien for the trusted online store Roboticblowjob.com recently.

The Fleshlight Alien comes in a standard Fleshlight case except it has a tinted blue color to go with the Alien sleeve inside. The case is designed to look similar to a flashlight but we cannot suggest people leave the Fleshlight case around the house in hope people would mistake it for a flashlight as it doesn’t look like it would pass for one.

The base of the Fleshlight Alien case screws off like other Fleshlights which not only helps with cleaning but also the user to vary the suction by tightening and loosening the base. The amount of suction difference this cap allows is limited but it does add some variety when in use.

After screwing off the cap which protects the Alien vagina from the elements I was immediately in shock and in awe of the entrance. The detailing of the entrance is very well done and the patented SuperSkin material feels very soft to a point I cannot stop touching it.

The color of this male masturbator is a bit lighter than I thought it would be as it’s designed around the hit movie Avatar. This isn’t particularly a bad thing however and I never know an Avatars genitalia may actually be lighter than the rest of their body.

One startling difference about the entrance other than the obvious blue color compared to a humans vagina is that it has two clitorises which probably makes most females jealous. Seeing two clitorises on a vagina is quite odd but the Fleshlight Alien is not about settling for normality.

The internal canal texture is where the Fleshlight Alien needs to shine as at the end of the day it is a masturbator and needs to feel good and not just look good. Fleshlight has put not two but three of their most popular textures inside the Alien. Starting with the vortex as you enter the Aliens vagina then having a Lotus Node and then with probably the most popular texture of them all the STU.

The texture does feel really good and thanks to the three different texture types it also adds a variety that we like but the tightness seems a bit lackluster and we would have preferred a tighter masturbator. My favorite texture of the three is definitely the STU and would have liked maybe just having the Vortex and then the STU as the Lotus Node section didn’t really do anything for me.

I really like the packaging of the Fleshlight Alien as it comes in a stylish tin that protects the case inside very well. The tin is designed as best as we could probably imagine with a good amount of detail on the label about the Alien inside and showing a picture the canal texture.

This tin is definitely a keeper and we always keep our Alien locked away in its tin to make sure it doesn’t escape. If ever the Fleshlight Alien got damaged beyond usage we would still keep the tin for storing other items as it’s very handy to have.

The Fleshlight Alien is made of SuperSkin which is a Patented Fleshlight material which if cared for correctly can last for a long time. We found the best way to clean the Alien is to rinse with warm water (do not use soap!) and leave outside the case until dry and then sprinkle the sleeve with cornflour/cornstarch which keeps the material from becoming tacky.

We have found the internal canal can take a very long time to dry due to the canal being enclosed and I have liked the product to dry quicker so I could place it back in the case to protect it faster. The SuperSkin material is completely non-porous however which makes a nice change for realistic feeling male masturbators. The Alien is also free of phthalates which is always a good thing with sex toys as phthalates can be known to cause health and environmental issues.

Overall Opinion of the Fleshlight Alien

If we were rating the Fleshlight Alien by looks alone we would give this product a 10/10 as it looks absolutely stunning. The masturbator in use is a very good product except I would have like it to have a tighter canal. I would definitely recommend it to people who like a wider canal as the textures inside are very good especially the Vortex and STU. 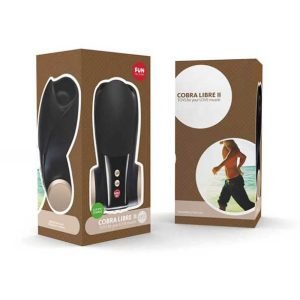